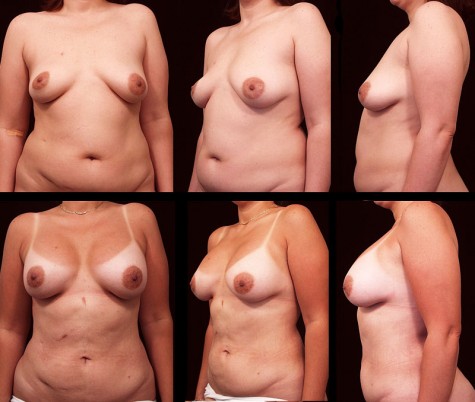 Bra size before: 36B

About this patient: This 36 year old, 5’5″, 160 pound Hispanic female patient presented with bilateral mammary hypoplasia (underdevelopment) and localized excess fat in the abdomen and flanks (the area of the back just below in the waist). Breast augmentation was performed using Inamed Medical style 468, size 360 round saline breast implants filled to a level of 390cc. The placement of the breast implants was supectoral (below th pectoral muscle). The incision was inframammary (in th crease at the bottom of the breast). Her pre-operative bra size was 36B; her post-operative bra size was 36C.

For more information on liposuction.